From the fragrant shores of Lake Titicaca, where the Uros Indians live on floating islands made of totora reeds, to the slopes of Machu Picchu and the narrow lanes of Cusco, the visitor is enchanted by the spectacle of eternal Peru. Scenes right out of an illuminated manuscript could give the impression that the country is trapped in its own picturesque history. But a taste of Lima soon dispels the deception: this is a dynamic, effervescent world capital, achieving excellence in every creative field. This 21st-century golden age is embodied in a noble discipline: gastronomy. With star chef Gastón Acurio leading the way, Lima has become an international hotbed of fusion cuisine. The flavors and aromas of the high plateaus — vegetables, flowers and spices — have joined in lasting union with the refinements of the Far East, borne here by the currents of the Pacific, just as Chinese dockers once came to join in the country’s first economic boom, in the days of the guano industry and bountiful fishing. 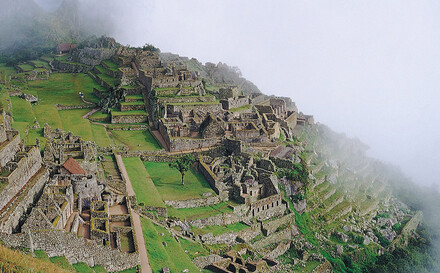