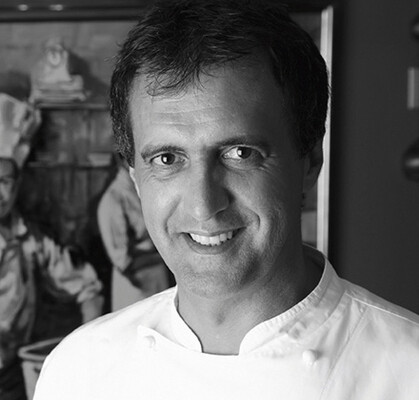 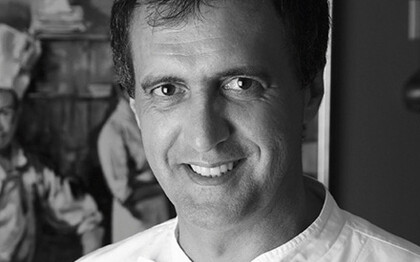 My parents lived in the Black Forest of Germany and we always enjoyed basic, fresh food. When I was sixteen, I began a three year apprenticeship at a hotel in the region where I learned how to prepare basic French cuisine. From there I went to Geneva, Switzerland where, at the time, I found that nobody respected a German in the kitchen. The chef, who was French said, “Go home! You don’t speak French yet!” So in addition to learning to cook, I took French lessons three times a week. From there I went to Auberge d’Ill for 15 months. The Haeberlin family was so great! The job of a chef is very physical so when I’m not in the kitchen, I try to stay in shape and cut down on stress by skiing, playing tennis, and going to the gym. You’re on your feet at work and have to be strong enough to do the job!

Whether they come from Canada or Maine, I see them as the same product — lobsters that live in cold waters. I find all the fish and shellfish from the North Atlantic to be meatier and more flavorful!

It’s important for me to use the whole lobster, because so much of its flavor comes from the liver and the shell. For a fricassee, I fry it in olive oil whole so that the shell imparts its flavor to the meat, and serve it with three-color pasta and a bisque. I also make lobster-filled filo triangles with a tarragon béchamel. I love tarragon with lobster! The triangles are presented on a leek fondue with a saffron broth. I also serve lobster cold with a sauce andalouse and asparagus, that I arrange on the plate like lobster claws.