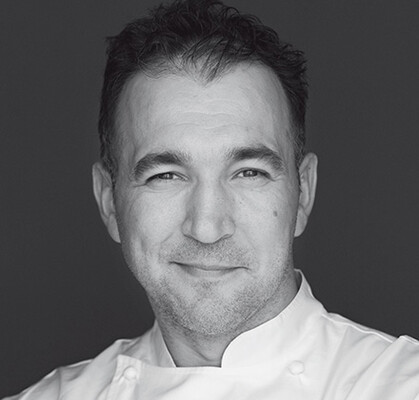 As a child, in Nyons, I was interested in two things: sports and food. My lack of application in my traditional Lycée deprived me of the opportunity to become a sports master and so I refocused my attentions towards cuisine. My main influences? François Clercat at La Vieille Fontaine in Maison-Laffite, Serge Chenet in Villeneuve-les-Avignon, at the time of Le Prieuré, Antoine Westerman at the Buerehiesel in Strasbourg, Jean Michel Bédier at Le Chiberta in Paris, Stéphane Raimbault at L’Oasis in La Napoule, not to mention Dominique Le Stanc, who was, in a manner of speaking, my gourmet father, at Le Négresco in Nice, and finally Christian Morisset at Le Juana in Juan-les-Pins. The person who has exercised the greatest influence over me is Dominique Le Stanc, an Alsatian from Niederbronn-les-Bains, a chef won over by the flavours of the Côte d’Azur. I was struck by his talent, his ability to command without ever raising his voice, a pure vision of a cuisine which puts the ingredients first … A quite exceptional man! I was tremendously lucky to spend time at Le Négresco working with him and also meeting Mr and Mrs Schön in Germigney. I would like to thank them all warmly. I became a chef at the age of 27 on the advice of Dominique Le Stanc. My cuisine is fresh, simple, uses seasonal ingredients and draws on the rich terroir of the Franche-Comté.

The Bresse label is like haute couture – the “Pierre Cardin of poultry”! In the Jura I have created an original recipe for chicken in vin jaune. I cook a nice big capon in a dough-sealed terrine with potatoes, onions, bacon dice and the wine. The breasts are served over sliced potatoes baked with vin jaune and the dark meat the next day in a salad.

We are located in the Jura region, but we also have the Bresse label. For more than 15 years I’ve been working with Rachel Roussel-Voisard, a poultry breeder in Chapelle-Voland, in the Bresse area of the Jura. To my knowledge, she is the only woman so far to have won the top prize for capons in the Glorieuse de Louhans competition. Her birds are pampered from the moment they hatch until it’s time to slaughter them. Their flesh is flavorful, with a silky texture. 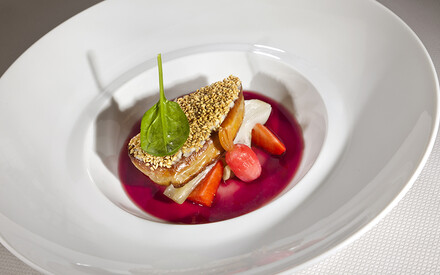 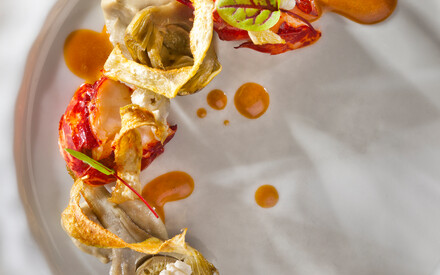 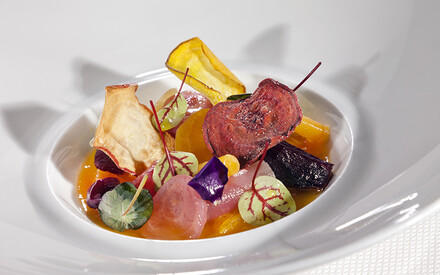 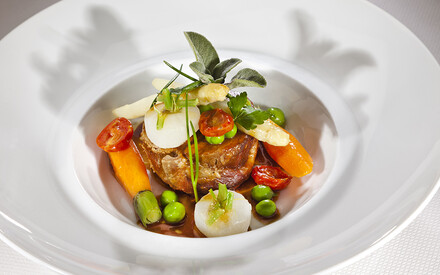 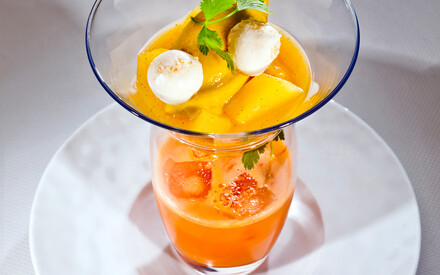 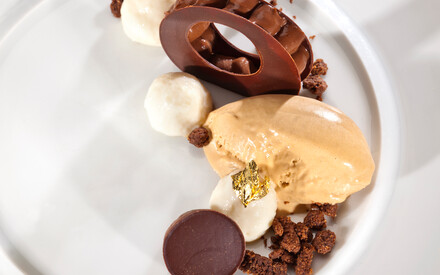