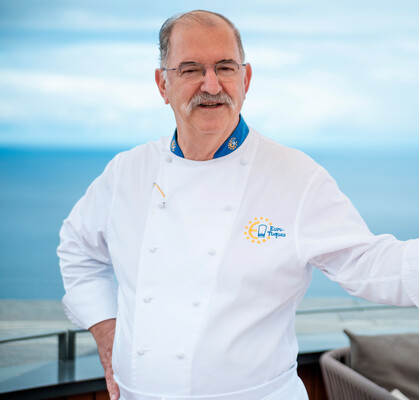 I was born in San Sebastián and studied in Madrid and Zarauz, before setting up my own restaurant in 1975 on Mount Igueldo, in my native town, with a view to turning it into one of the creative hubs of new Basque cuisine. I strongly believe in an academic training, and teach in European and American institutions as well as Spanish Hotel Management Schools. I also share my experiences with and advise the hotel and catering sector. This love of teaching has allowed me to disseminate my “secrets” through television programmes and a dozen books. A founder member of Euro-Toques in 1986, I was appointed president in 2003. I continue to work extremely hard so that I can bring to fruition all the projects I feel bubbling up inside. Time will channel them, and others will follow in their wake.

Those two types of prawns are indeed very different — each one has its own uses. I sometimes buy them directly from the fishermen, but more often from our fish suppliers in San Sebastián, at the Bretxa and San Martín markets. They’re the best, and the most expensive…

Prawns are a product that I love to eat myself. We have two prawn recipes for this season, one that’s prepared at the table with an eau de vie, and the other using a stock made with the shells, served with a monkfish carpaccio. 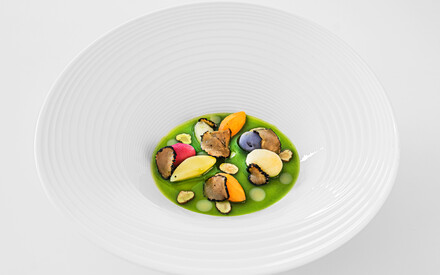 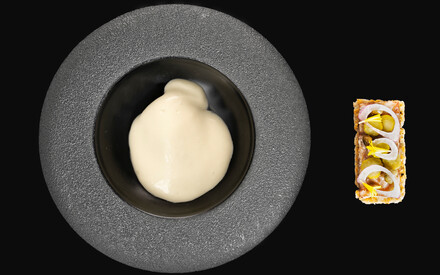 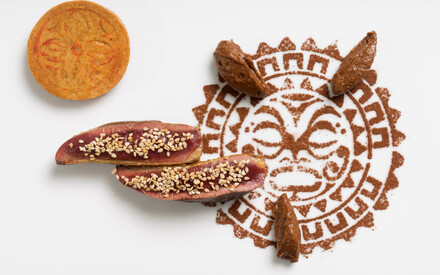 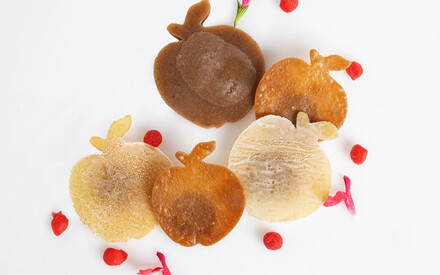