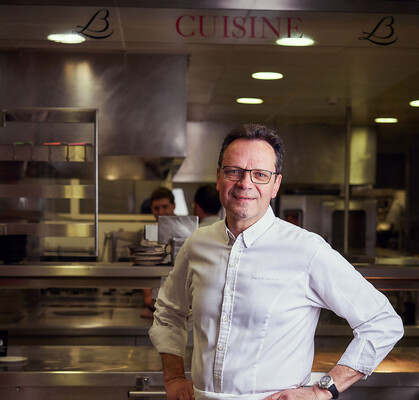 I became a chef out of a sheer love of eating. When I was a child I would delight in eating food from the farm and savouring my mother’s Sunday cooking. I studied at the Hotel Management School in Saint-Nazaire, and then spent two summer seasons on the coast of Brittany. Thereafter I went on to further my training in Rennes, with Marc Tizon, who inspired me to become a chef. I joined Bernard Loiseau’s team on 15 March 1982, at the age of 20. From that time on it’s as if I lost the key to the door as I remained within the walls of that fine restaurant... I learnt just how important it is to have top quality produce. I also learnt about perfecting cooking times, the power of taste, as well as the need to work with producers in order to drive up standards. I took charge of the kitchens at La Côte d'Or in 2003. Our Relais & Châteaux was rechristened Relais Bernard Loiseau in his honour. Each sitting is a time for excitement. I love creating what I call my "gourmandises": little tartines or tiny spoonfuls, placed on the corner of the plate, with powerful flavours which add a touch of originality to the dish.

We have snails on our menu all year long. The gros gris in open ravioli with herb sprouts, green curry Swiss chard and watercress bouillon is featured on my Menu des Délices. In fact, one of Bernard Loiseau’s signature recipes was and still is a nettle and escargot soup, in which the snails are sautéed in butter and folded into a soup made from nettles picked in the countryside. We still serve it in the spring. 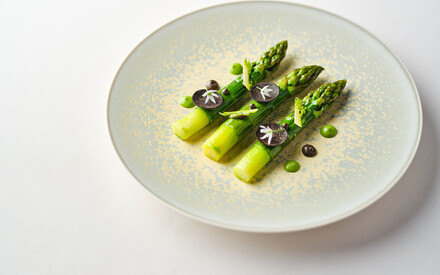 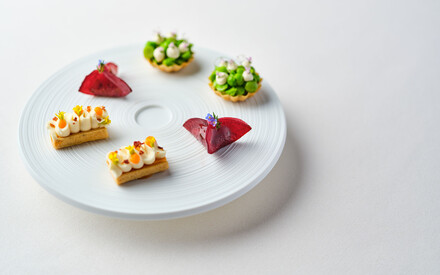 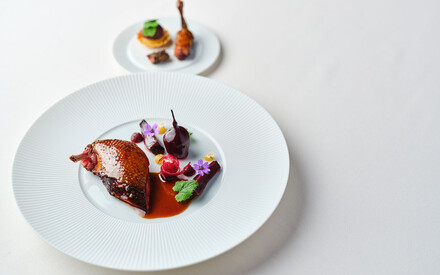 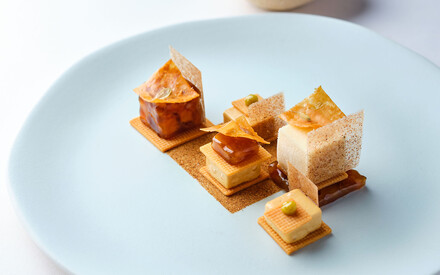 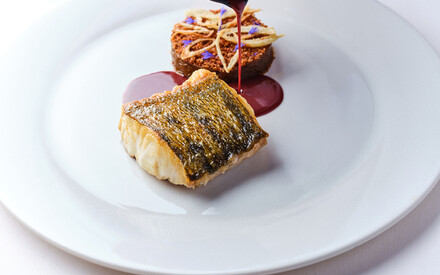 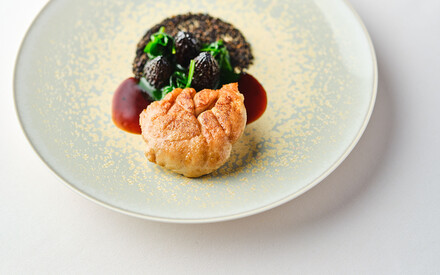