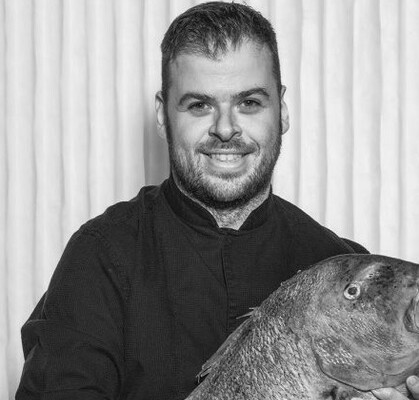 Nikos Moroglou was born and raised in Piraeus, "a place where the sea is a very important part of everyday life, and which formed my character and culinary style", he explains. He traces his passion for cooking back to the kitchen of his earliest childhood, where, with wooden spoons and pans for toys, he played at the feet of his mother and grandmother while they prepared feasts throughout the day for a large family. "As a professional chef, I try to capture some of those authentic scents and flavours with which my sense of smell and taste first came alive."

Nikos trained in Athens and worked all over the Greece and Cyprus, but went global on Mykonos: "We are held to the most exacting standards at Utopia, both because the Myconian Collection is patronised by international bon-vivants and because we are honour-bound to haute cuisine as a member of Relais & Chateaux. Here, I come into contact with people from all over the world, sharing and testing my very personal interpretations of Greek recipes with other culinary cultures. I value the opportunity to show the world that Greek gastronomy is not only about souvlaki and tzatziki, but a creative and progressive cuisine in its own right."

His favourite fish dish is croaker, prepared "savoro style" as a tribute to culinary heritage. "It is a fish recipe that we can find all over the Greece and especially in the Aegean. The garlic, rosemary and vinegar that go into the savoro sauce tell a story about Greece, back in the days when there were no refrigerators and housewives had to find a way to preserve the windfall of a big catch. Those three basic ingredients preserved the cooked fish at room temperature for at least three days… which is not to say that this is our motivation for serving it today!’ he adds, laughing. As for specific local ingredients, he likes the Myconian cheese called tyrovolia: ‘It provides me with a neutral base that I can use in a savoury amuse-bouche, in sandwiches, as well as in a sweet melopita pie."

His philosophy is focused around the incomparable essence of fresh local ingredients, building on the day’s catch, seasonal vegetables and farm-reared meats. "I respect nature and my motto both my life and my kitchen is "keep it simple". I cook the way I like to eat - light and balanced dishes that don’t have a strong aftertaste. It expresses the tranquillity I seek in my life, but also my desire not to follow every trend, but to develop a sense of identity and authenticity. After all, I believe that you infuse everything you do with some of your own energy as a means of individual expression, which is distilled into food when you are a chef." 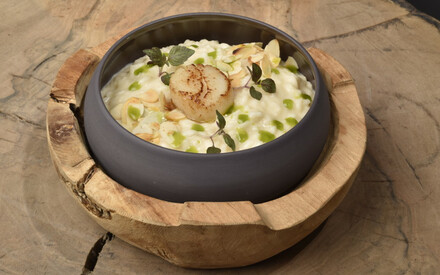 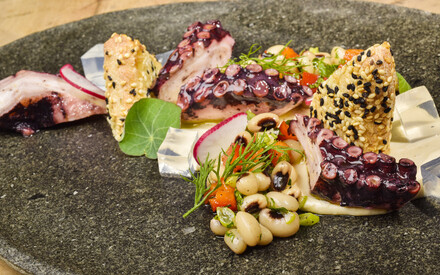 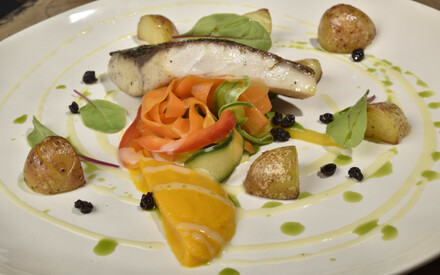 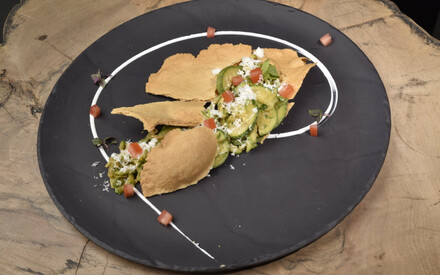 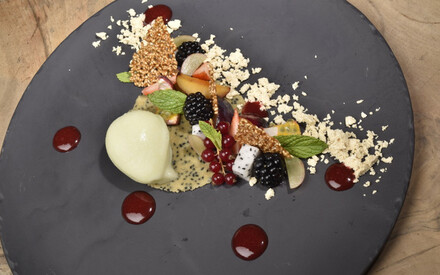 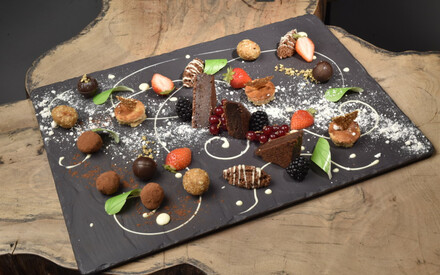 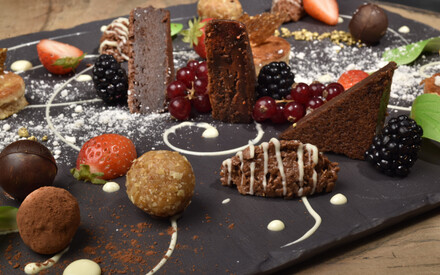