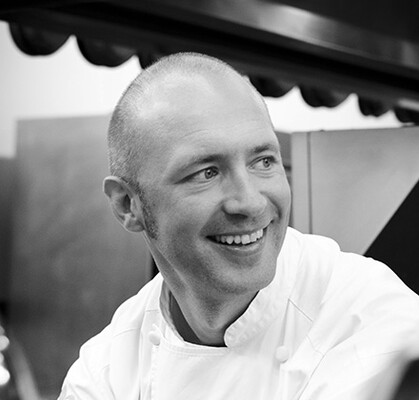 Anyone who has chatted with 34-year-old Bedford might quickly guess he grew up in England. Bedford’s culinary interests started at an early age, he says, enamored by his mother’s home baking and helping his father water the vegetable garden. After graduating from Yeovil College in Somerset with a Diploma in Hospitality, he took on his first full-time job in 1996. He became an apprentice at The Castle Hotel, a Norman fortress built in the 12th century, where he worked under esteemed British chef Phil Vickery. The Castle, like Fearrington, is a family-run property, known for fostering up-and-coming chefs. In 2000, Colin relocated to Canada and began working at The Prince Of Wales Hotel, a Four-Diamond CAA/AAA restaurant offering a la carte dining and conference/catering facilities in Niagara-on-The-Lake, Ontario. He was soon promoted to the position of Junior Sous Chef, where he gained exposure to farm to table cuisine and realized that “simplicity is key to maximizing flavors.” Chef Bedford was recruited to The Fearrington House in 2005 as Executive Sous Chef. He became Executive Chef in 2008 and has transformed culinary programs throughout Fearrington Village and taken cuisine at The Fearrington House Restaurant to a higher level.

We make our own bacon using sides of Chester White pork from hogs raised by a farmer in Seven Springs, North Carolina. You can’t go wrong with bacon! It can be the star ingredient of a dish or play a supporting role. It also works well with other flavors.

We always have a bacon dish on the menu. We like to serve it with fruits, like apples and vanilla or Medjoul dates, or with a sesame sauce, a strawberry salsa, radishes and a purée of onions and smoked salsify. 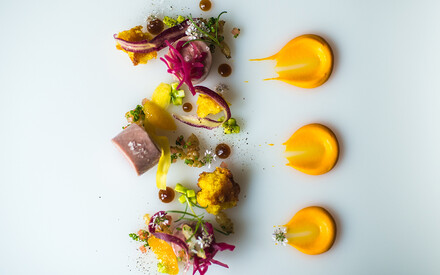 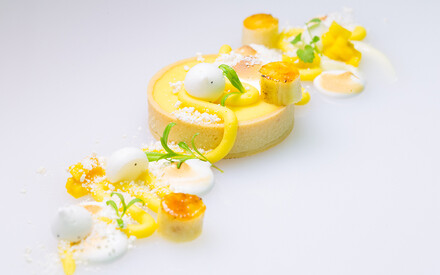 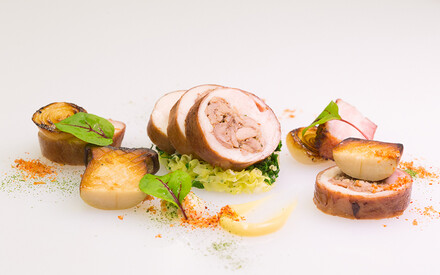 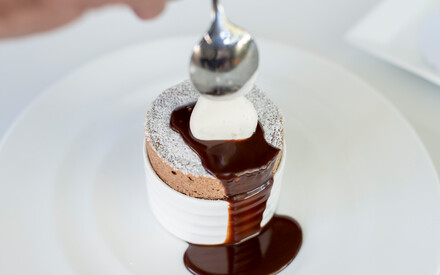