In the late 18th century, British, French and Dutch explorers all set out to discover and map the shoreline of an intriguing new island continent on the opposite side of the world. Though all three nations’ great captains, like Cook, Van Dieman, Flinders and others, brought backbrought back treasures and fascinating new forms of flora and fauna, it was the British who set about establishing a trading colony on the eastern shores of what came to be known as Australia. Due to the vast distance from the homeland, the British also sent their prisoners away to these faraway lands, many of whom remained in what had become paradise to them once they had completed their obligations. Thus modern Australia was formed as a remote outpost of savvy traders, wranglers, bushmen and larrikins (ruffians).

The new arrivals to Australia discovered an indigenous population that had lived for nearly 50,000 years with survival skills conveyed from generation to generation in secret ceremonies, desert artworks and a grand «Dreamtime» storyline. While the Aboriginal people of Australia were dismissed as slow to learn (they had thrived in the wild without a written alphabet), in the past four decades their artistic skills have brought about a great awakening of respect and curiosity about the symbolism and pattern repetition in large canvases executed by the current keepers of the Dreamtime. An exploration of the “red center” of Australia invariably includes time in an outback indigenous village art center, discovering the mystery of a gifted race living in the 21st century while embracing the core teachings of their forefathers. 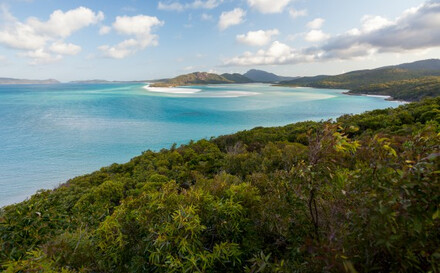