A kingdom under the sea - literally. The “Low Lands” are aptly named: one-fourth of the country lies below sea level. Forged by the tides as much as by man, the territory of the Netherlands is a fascinating complex of estuaries, deltas, islands, canals and polders. In Zeeland, its southernmost region, poised between fresh water and the North Sea, long beaches separate small port towns like Zierikzee, where lobstermen ply the waters of the Eastern Scheldt. Their catch, prized for its sweet-tasting meat, is served with asparagus. Living in symbiosis with the sea, Holland is a land of ships, from little fishing trawlers to ocean liners, tankers and other oceangoing behemoths, whose minutely-choreographed ballet animates the harbor of Rotterdam, one of the world’s largest ports. With its more traditional persona, Amsterdam is a strollers’ dream, its canals teeming with discoveries: here a narrow house that opens onto an inviting interior, there a houseboat ringed with overflowing flower boxes. 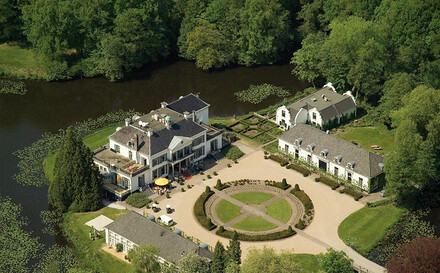 The capital is a city of contrasts, contemporary to the north, where the former shipyards are transforming into creative bohemian neighborhoods. North and east of the city, thefields of the polders transform every year, from March to June, into a patchwork of stunning colors. A historical emblem of the country (although its name is of Turkish origin), the tulip was introduced here by a French botanist in the 16th century. A hundred years later, “tulip mania” reached such a frenzy that some flowers cost nearly as much as a house! 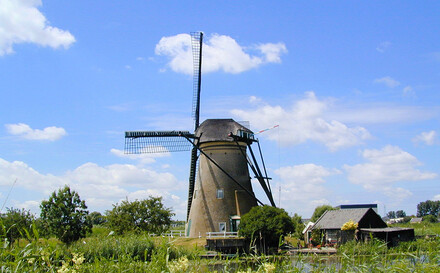